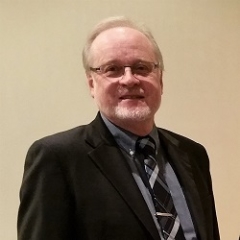 John McCullough has been a NYS-certified Mediation Skills Trainer since 1981 and Executive Director of New Justice Services since 1983.  McCullough received his graduate training through the interdisciplinary Social Science Program at the Maxwell School at Syracuse University, where he focused on violence, group conflict and change, and third party interventions.  He has mediated hundreds of cases of all types, involving people from all walks of life and every element of our Central New York community.  The NYS Dispute Resolution Association honored McCullough with its Lawrence Cook Peace Innovator Award in 2012. 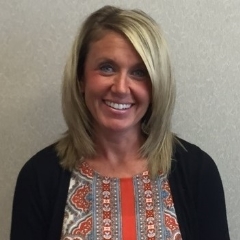 Heather Saroney has been with New Justice Services since 1998 when she graduated from the University of Nevada, Las Vegas with a Bachelor of Arts in Criminal Justice.  She started working with at-risk youth as a trainer for the Pro-Social Skills Program and then became Program Coordinator for the Project RESPECT Program.   In her 19 years with New Justice, she has held many job titles including: Office Manager, Data Management Supervisor, Graphic Designer, Lemon Law, Special Ed and ACCES-VR Coordinator, Youth Court Director and most recently, Impartial Hearing Officer for the Syracuse City School District.   She enjoys working with community members and her passion has always been youth focused. 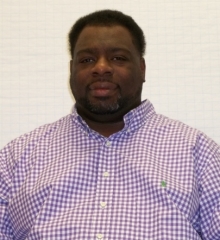 Todd holds a B.S. in Sociology from Empire State College, and an M.A. in Human Service from Liberty University.  Todd began his career with New Justice Services in August 2011 as a volunteer for the SNUG program.  Later, he worked as a volunteer facilitator for Youth Court, leading Theft Deterrence, Peer Pressure, and Anger Management classes.  In 2013, he was hired as a case manager for the RESTORE Program and co-facilitator with Project RESPECT.  The same year he took on the duties of parent and child mediator.  In the fall of 2014, Todd became an Impartial Hearing Officer.  He carries out all of these positions as needed.

Todd chose this field because he is passionate about helping struggling teens and young adults get over the hump in life.  He is all for second chances and promoting positivity in the Syracuse community.

Lawton Williams attended Onondaga Community College from 1998 to 2000 where he studied Human Services. Upon graduating from Onondaga Community College, Lawton attended Syracuse University from 2001 to 2003 where he continued his education in Social Work, while also working for the Salvation Army.  In 2010, New Justice Services offered Lawton a position as a facilitator for Projects RESPECT and RESTORE.  In 2011, Lawton became a Life Coach at the Sidney Johnson Center, which is an alternative placement for students in the Syracuse City School District who are struggling with behavioral issues.  He currently serves as an Aggression Replacement Trainer and conducts conflict resolution training among the students at the Johnson Center. 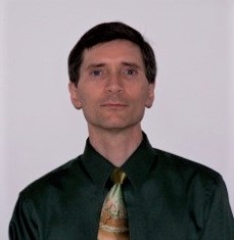 Jim Hotchkiss joined New Justice Services in the role of Accountant in 2021. Jim is a graduate of Syracuse University's School of Management where he earned his M.S. Accounting degree and has worked in a variety of for-profit and non-profit organizations over the course of his accounting and finance career. He believes strongly in lifelong learning and continuous improvement with the goal of becoming a strategic advisor. Outside of the office, Jim enjoys exercising, reading, music, and spending time with his family. 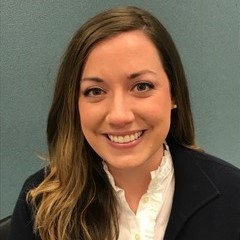 Sarah McGuinnes received a Bachelor of Arts in Political Science from Hobart and William Smith Colleges and a J.D. from New England School of Law, Boston.  She has been a member of the Massachusetts Bar since 2011. Prior to coming to New Justice, Sarah worked at Rosie’s Place, the first women’s shelter in the United States, through the AmeriCorps Legal Advocates of Massachusetts Program, providing free legal aid to homeless and incarcerated women. 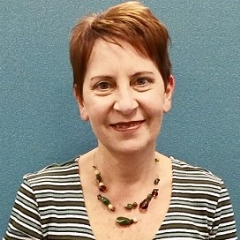 Annette Saule, Oswego County Program Coordinator for mediation services, has been with New Justice since 2009.  She has an Associates Degree in Criminal Justice from OCC, and a Bachelor's Degree in Communication and Rhetorical Studies from Syracuse University, along with certificates in Professional Communications, Labor Studies and Paralegal Studies.

Prior to coming to New Justice, Annette has worked in various facets of the legal field, as a Court Clerk, Client Services Representative/Unemployment Insurance Hearing Representative, and as a Human Resources Consultant.  Since joining New Justice, Annette has handled hundreds of custody/visitation mediations and has participated in numerous community outreach events.  She thoroughly enjoys her work with New Justice and with the Oswego County community. 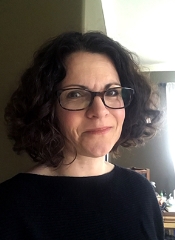 Julie Antoniou earned a Bachelor of Science from Syracuse University. She also completed training in Divorce and Custody mediation and earned a graduate certificate in Conflict Resolution from Cornell. Prior to joining New Justice in 2019, Julie worked for the National Head Start Association as Editor-in-Chief of Children and Families magazine and the manager of corporate alliances and strategic partnerships. Julie is dedicated to helping others approach challenges as invaluable opportunities for self-discovery and growth.